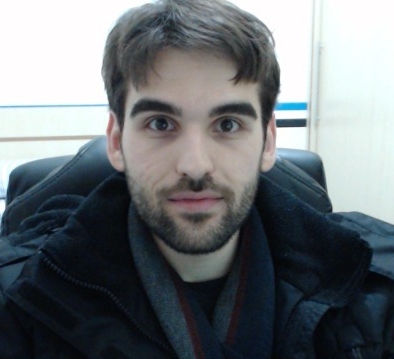 Hacking your vim with python

I'm happy vim user for a while now. After learned the basics I started customize the editor to my needs/preferences and for a long time everything were well. I did not face anything that I could not do and this is still true. However, when I became a more advanced user and decide to create more complex functions to help me while I work in my source code files, something discouraged me go ahead: the vim language (VimL). Don't judge me, I could study it but I do not have time and desire to do that. So, for some time I do not create more interesting stuff because of that. But a short time ago I discovered that I could write python script to interact with vim, like buffer, windows, tabs and so on! That's great!

This article is about how create a very simple script to read data from buffer and update them. :-)

Before you start write python script to do the magic in your vim buffer it is necessary take a look if you vim allow you use python. For that you can run the vim --version and see if your vim has python support. The output should show something like +python

There are some way you can execute a python code in vim. You can use the commands: :py[thon], :pydo, :pyfile. In this article I'll do a short description of them, but I'll use just :pyfile in the example.

When you decide write the python script you can write it in a separated file or embedded it in your vimrc. If you do not want write file for you script you can use the :[range]python or

The first option is useful if you want to execute a single python statement. For example: :python print "Python rocks!". The second way is more interesting, it is allows embedded the python code inside vim script. Take a look:

Another option is the [range]pydo {body} command. It is a good option if the script should be executed in each line of the range. In this command the {body} is executed as def _vim_pydo(line, linenr) {body}. Thus, the body script can get the line text and number from arguments. The function should return a string or None. If a string is returned the line is updated to that value. A possible example is :pydo return "%s\t%d" % (line[::-1], len(line))

Last but not least is the :[range]pyf[ile] {file} command. It allows load a separated python file and call its function with :py command. This is the command used to load the python script in the following example.

To make possible the integration between python and vim there is a python module. This module gives you the ability to interact with buffers, windows, tabs, execute vim commands and so on. This module has a bunch of methods, constants and objects that might used for the scripts. This article will use just a few of the features available in the module. They are: vim.command(str); vim.current; and Buffer.mark().

You can see a better documentation of the module typing :help python in you vim editor.

Let's dive deeper in the example. In this example the author of the script is a guy that has the boring job to write the current weather of bunch of cities sitting in some file. Wisely he/she decided automate that process. (Yes, it is not the ideal real life use case but I am not a creative person, sorry... xD). So, after some time reading the documentation a python script was born:

It has the following features:

Okay, let's take a closer look... The method get_weather() allow the user gets the weather for city names sitting on each line of the current buffer. It's nice to highlight the vim.current object. This object provides access to various objects in vim. That is:

That been said, the line buff = vim.current.buffer is getting the current buffer to iterate and update it. After that, the script iterate over all buffer's rows calls the Open Weather API to get the weather using the row's content as city's name and update the row with the current value appended with the weather.

The get_weather_selection() is the method that uses the selected text as city to call the weather API. In this method, again, a reference to the current buffer is gotten and used the buf.mark() method of the Buffer object to get the line and column of the start and end of the selection. In vim the marks "<" and ">" is used to define the beginning and end of the selected text respectively.

Once we have the marks values the script calls a helper function who extract the selected text from the buffer and returns it. After that, the weather API is called and the weather is appended after the selection

The get_text(start, end) and get_openweather(city) methods are helper methods. First one is able to extract text from the buffer using tuples of (line, column) passed as arguments to delimitate the text should be returned. The second one is just a call to the Open Weather API using the python request module.

Once the script is done it can be loaded with the pyf {file} command. As the script in discussion is a python3 code, it has to be load using the equivalent command to python3, that is: py3file $HOME/.vim/weather.py. After added this line in the vimrc, it is ready to go and the methods can be called with:

NOTE: be aware that there are equivalent commands, py3, py3do and py3f to run/load python3 code. See more in the python3 section in the vim documentation

The most important object in the example is Buffer. Buffer objects can be treat as sequence object. Thus, they act like lists and are mutable and to update a row it is necessary just assign the new value, vim.current.buffer[1] = "new value for the line 2". Remember, lists indexing start with 0 and the lines in a vim buffer with 1. In the script is possible see the lines being updated at lines 14 and 26.

This is a very, very simple example of how you can start script vim with python. I encourage you to read the vim documentation, play with it and create crazy stuff! =)

If you need more info take a look in the references, send me an e-mail or leave a comment. Thanks you!

:help python in your vim editor